Bitcoin price falls on average 2% ahead of futures contracts on CME being settled. The systemic trend is striking. 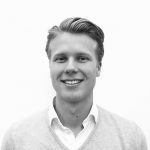 Arcane Research has looked closely at the numbers, and the systematic trend is striking; the price has dropped 15 out of 20 times.

CME’s futures contracts on bitcoin have become an indicator of Wall Street’s institutional interest in cryptocurrency. The reason is that these can only be traded by professionals. The contracts expire monthly and several writers have pointed to unusual price movements towards the expiry dates.

General notice: Arcane is the former owner of Kryptografen

These futures contracts are optimal for manipulation. They are settled in dollars and not in bitcoin. The price for the settlement is determined by the bitcoin price in the underlying market. Thus, it is never actual bitcoin that change hands, and it is just an overlying market traded in dollars.

One possible strategy for Wall Street traders is to buy (go long) “physical” bitcoin in the spot market and sell (go short) bitcoin futures contracts. This way, they secure the position against price fluctuations. If the price of bitcoin goes up, the trader loses on the short position, but this is counteracted by the long position rising in value.

Towards the settlement date of the contracts, traders can sell off their “physical” bitcoin and potentially trigger a price drop in the spot market. If that happens, the value of their short position will rise and they can earn a simple profit on futures contracts upon settlement.

Arcane Research has looked into this and analyzed price trends every month since January 2018. The trend is striking. Bitcoin falls on average 2.27% towards settlement each month. In comparison, the average on a random day over the same period is hardly negative, with a fall of only 0.06%.

If we adjust for large outliers, by looking at the median rather than the average, the trend is even clearer. Then, the average price movement is positive on a randomly selected day, plus 0.04%. If we only look at the period before settlement, however, the price falls by 1.99% on average.

We are therefore talking about a significant difference, with more than 2% higher price falls ahead of CME settlement for both average and median.

Looking closer at the data, a total of 306 out of 608 days have been positive since January 2018, corresponding to 50.3%. Looking at months, 9 out of 20 months have had a positive daily average, corresponding to 45%. In other words, the period that is analyzed is characterized by an even relationship between positive and negative days. But the day before the settlement we see something completely different.

As the graph above shows, only 5 out of 20, or 25%, of the days before the CME settlement were positive. This applies both to pure returns and whether we look at abnormal returns where the average daily return for the current month is deducted.

Most falls in positive months

Oddly enough, it is in good times that the price falls most before settlement. We saw this particularly well this spring. As the table below shows, the bitcoin price has fallen sharply before settling in months where the daily average return has been particularly high, almost 4% at its highest in May.

Statistically, it is highly unlikely that the price falls in advance of CME settlement should be caused by mere coincidence. With approximately the same number of positive and negative days over the period, there is less than 2% probability of observing 15 (or more) days of price drops out of 20 possible.

The figures thus support a hypothesis that the bitcoin price is manipulated in advance of CME settlement. However, the figures do not say anything about “deliberate manipulation” or, for example, only a result of investors’ strategy of hedging. Also, there are a number of other factors that come into play, which we have not taken into account here, and which can potentially explain the pattern, or show that it is even stronger.

Further analyses are needed. One should look more closely at the micro-dynamics in the various spot markets around settlement and signing of new futures contracts, and compare this with the value of outstanding contracts/contracts being settled.

In addition, qualitative studies, where you directly contact those who sign and trade the bitcoin futures contracts at CME, could be of great value in order to shed light on the situation.

Descriptive statistics for the analysis can be seen below.